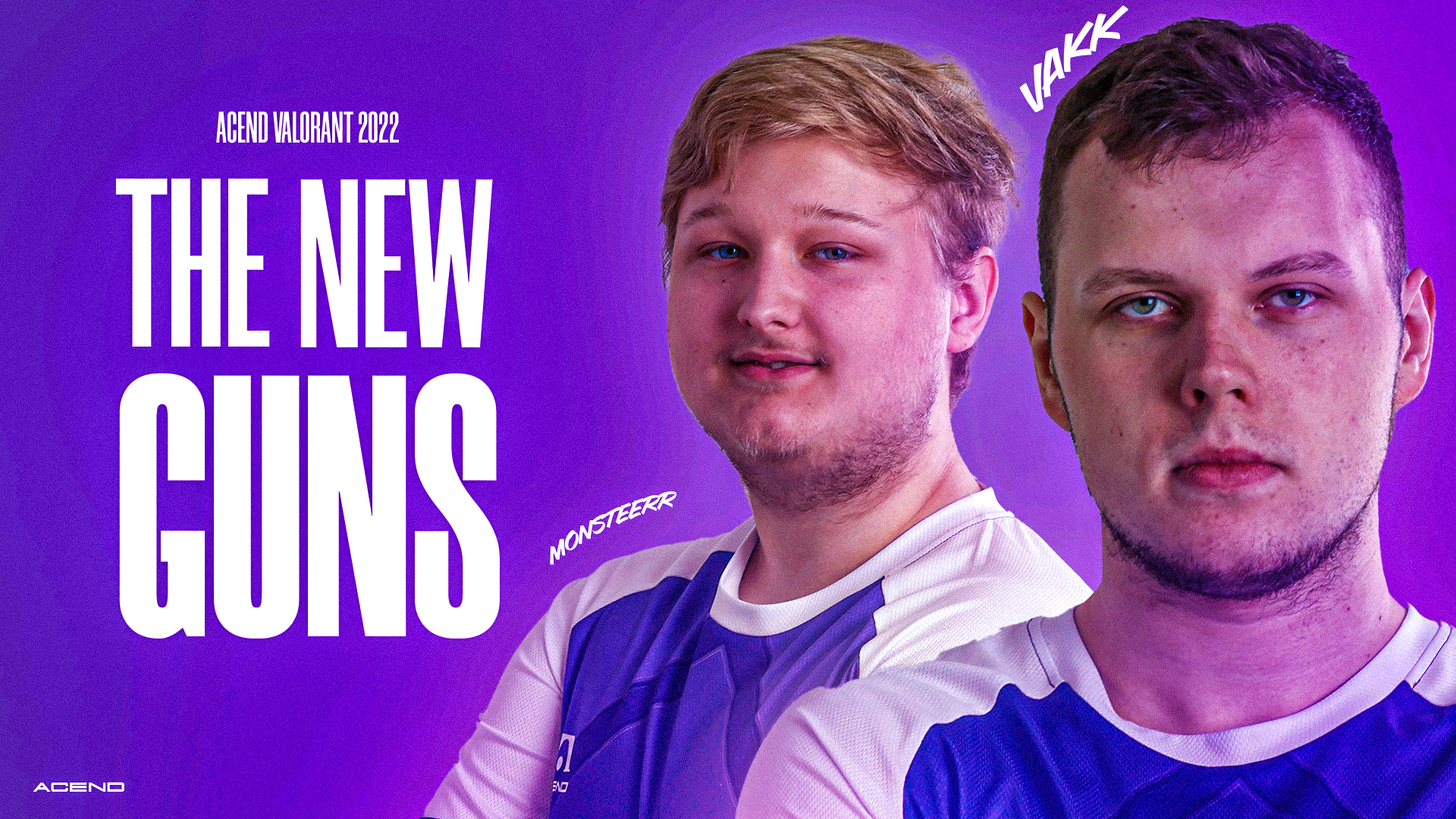 Acend’s newest members have arrived! 21-year-old Vakaris ‘vakk’ Bebravičius, former Vitality player from Lithuania, and 17-year-old Ondřej ‘MONSTEERR’ Petrů, former Giants player from Czechia (Czech Republic). With these two young players joining Acend’s ranks, Acend is setting their sights back at the top and will have vakk take the role of in-game leader (IGL) for team, and monsteerr will be filling the Sentinel role.

Acend players may be more familiar with vakk due to his triumphant win over Acend back in April 2021 when Vitality knocked out Acend in the best-of-three quarterfinal match of the VALORANT Champions Tour 2021: Europe Stage 2 Challengers 2 event! As the captain of his previous team before Vitality (nolpenki), vakk has the experience in the changing dynamics of moving teams and entering the different infrastructures involved. “I feel like we are all on the same level as players. I feel like there’s no one shining outside the game, and I feel like we fulfill each other perfectly with communication and with our ideas. We have zeek and starxo that are really good mid-rounds so they help me a lot and we fulfill each other.”

Vakk has clear intentions with Acend and how he will balance his work with his relationships with his teammates and coaches that will bode well for his ability to stay grounded and lead the team through both thick and thin. Vakk notes, “I am looking at this as a job first. I don’t look at Nbs as a friend,but as a coach and a partner in the job, like everyone else on the team. For me I take it as a job and not for fun. When we are in practice and in tournaments, Nbs is my coach and partner in the job. When we are all outside the game and not working, we are all friends and having fun. That’s my approach.”

Vakk wantedto join Acend because he knew the players still on the roster quite well andknew they would have a similar approach to the game that would gel nicely. Withhis knowledge of the players and his skill on agents like Jett and Raze, vakkwill surely leave a mark on the organization and be a big part of the future ofAcend!

Our second addition to the roster is MONSTEERR

“I am joining a team that is a level above. I feel like what I can bring to them so far at least in game is stuff they have experience already, but in terms of my personality, I think I fit into the team with players like starxo and zeek. Is till need to open myself more, but I already know that starxo and I have the same personalities, so I think the overall mood in the team is going to be perfect.” MONSTEER brings up a very valuable lesson that many esports organizations fail to consider when drafting a team together. It’s not just about paying for the best player in every role, but about finding the rightbalance and allocation of resources that has the potential to reach the peakperformance and the support to get them there! Exactly how Acend has done inthe past and will continue to do moving forward!

MONSTEERR is an incredible young talent that brings Acend a lot of firepower in the Sentinel role and will provide a lot of information to the team. It’s fair to think that MONSTEERR will bring in even more energy that could be over whelmingand cloud communications when paired with players like starxo and zeek, but that’s precisely where vakk can come in as the IGL and bring them back down to earth and close out a match and focus up!

This new lineup will compete next on May 13th in the VALORANT Champions Tour 2022: EMEA Stage 2 Challengers event and is looking forward to showing Acend’s fans what they have to cheer for!